Randy Lane was born and raised in Edison, Ga. He attended Albany State University in 2012 where he received a Bachelor of Science degree in Chemistry. While at Albany State University, he received a nomination for the Golden Key Society. During his academic tenure, he published two research papers in the area of breast cancer which resulted in him receiving the Student American Chemist Society Award.

After 3 years at Georgia Sports Medicine of Tifton, another orthopedic opportunity then arose for Randy which was much closer to home at Musculoskeletal Associates. He worked in the area of spine surgery and general orthopedics for another few years until coming to Southern Spine and Health in July 2020 where he continues to provide urgent care for the patients of this community. 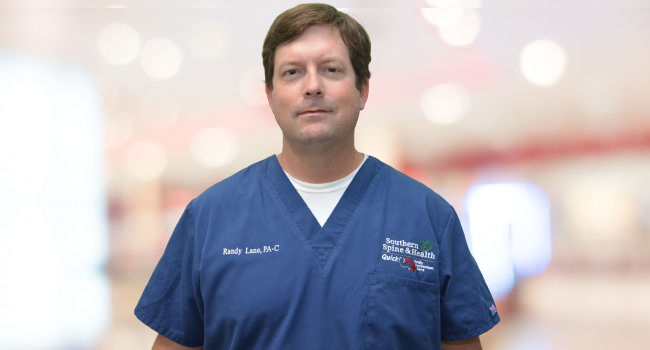 BETTER HEALTHCARE FOR YOU IS OUR MISSION ... EVERY DAY!